BOSTON — A sobering thought: The founders of the period-instrument movement, who from the 1960s or so wielded their new performance practices and their forgotten scores to shake up the staid traditions of the classical music world, are starting to pass from the scene.

Their influence has been incalculable, if inescapable. But where is the movement they led going next?

Enter Raphaël Pichon — the founder of the Pygmalion ensemble in Paris, a period-instrument orchestra and choir that has quickly risen to prominence in Europe — who comes here to lead the Handel and Haydn Society in Mozart’s “The Marriage of Figaro” this week. Pichon, 38, in a short time has become not just one of the most interesting younger conductors working with period instruments, but also one of the most interesting conductors around. 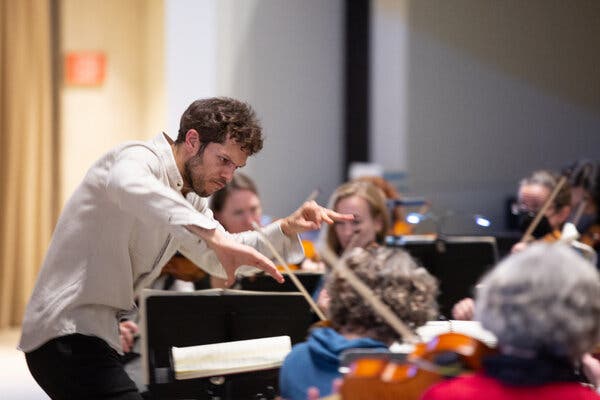 Pichon rehearsing “The Marriage of Figaro” with the Handel and Haydn Society.Credit…Matt Cosby for The New York Times

“He describes himself as a conductor-entrepreneur,” the artistic and stage director Pierre Audi said in a phone interview. “He’s somebody who is an initiator, a man of ideas.”

Audi has worked with him on stagings of Monteverdi’s “Vespers” and featured him at the Aix-en-Provence Festival, where Pichon and Pygmalion teamed up with the director Romeo Castellucci on a staging of Mozart’s Requiem, and with the director Satoshi Miyagi on “Idomeneo.”

“He’s not just a pair of hands that conduct,” Audi said, “but somebody who is thinking about programs, also about form, about theatricality, about presentation, how to make programs that are more dramaturgical. So that makes him quite unique.”

The past weighs heavily on Pichon, who made a thoughtfully conceived, emotionally precise U.S. debut in a Christmas-themed program with the Handel and Haydn Society here last year. But for him, the inheritance passed down by his predecessors is an opportunity, not a burden.

“We are a really lucky generation,” Pichon said in an interview at his hotel near Symphony Hall. “We didn’t have to pass through this moment of revolution, when you need to stop everything, you need to face tradition, you need to start again from nothing. We are deeply charged from these older generations, and it’s a unique legacy. At the same time, it asks for a sense of responsibility.”

Now, Pichon said, early music has become “a new tradition.” He added: “So of course, there is a risk where we could sit in a really comfortable chair and say, ‘OK, that’s great, now we know how to perform, we discovered a really wide repertoire, let’s continue to play that, year after year.’”

Pichon says that early music has become “a new tradition.”Credit…Matt Cosby for The New York Times

For Pichon, that would betray the founding precepts of the period-instrument movement, or at least some of them. He shivered at a mention of its bygone preoccupation with “authenticity” — “truth is the opposite of music,” he said — and instead sees the period-instrument spirit as a means to communicate in the present, as “a way of life, a way of transmission, a way of expression.”

The baritone Stéphane Degout, whose records with Pichon on the Harmonia Mundi label include a spellbinding “St. Matthew Passion,” compared Pichon’s approach to that of René Jacobs, a major conductor from the earlier generation, with whom he has also performed frequently.

“René worked very differently, as ‘I know how it must be.’” Degout said. “Raphael is into something more experimental.”

Pichon sees few places period instruments cannot go, and little music they cannot perform. He recently concluded a run of Delibes’s “Lakmé” at the Opéra Comique in Paris with the outstanding soprano Sabine Devieilhe, his wife, in the leading role. In that 1883 confection, Audi said, Pichon and Pygmalion “took away the sugar and replaced it with something very dramatic and intense.”

The last iteration of Pulsations, a festival that Pichon established in Bordeaux, France, set Brahms’s “A German Requiem” in a Nazi-era submarine base, the choir roaming the audience. In a future summer the festival will hold fake weddings in an abandoned station, with music by Stravinsky.

“We can’t only propose some repertoire to the audience,” Pichon said. “We need to tell a story.”

PICHON WAS BORN in Paris in 1984, to a father who strummed a classical guitar and a mother who played piano. He had enough youthful talent to go to a school that taught music every afternoon. One of his teachers persuaded him, at 9, to join the boys’ choir at the church of Notre-Dame de Versailles. When he showed up, it was rehearsing Bach’s “St. John Passion.”

“The shock was so huge, absolutely huge,” Pichon said, recalling the thrill of singing polyphony in a stone building, rather than practicing his violin alone. When he sang the last chorale at his first concert of the “John,” he felt “a totally unexpected spiritual experience, but also an unexpected sensitive experience,” he said. “And from that moment, I did everything that I was able to do to recreate the conditions of this shock, like a junkie.”

Pichon knew that he wanted to conduct by the time he was 16, but he kept singing, in time working professionally as a countertenor with conductors including Savall. He also learned the organ and the harpsichord so he could play continuo. Denied entry to the conducting class at the Paris Conservatory, partly because he beats time with his left hand, he formed Pygmalion in 2006, drawing on friends and performers he knew.

Within two years, Pygmalion — focusing on the sacred music of Bach and the dramatic music of Rameau, and feeding each into its understanding of the other — had made its first recording, a vibrant, virtuosic and highly praised release of two of Bach’s Missae Breves. It set a template for forays into the lesser-known works of major composers that have since become as defining a trait as Pichon’s taste for narrative and stagecraft.

“I don’t know if I’m right, but I really believe that people are so hungry for stories, more than collections,” Pichon said, noting his admiration for the immersive Punchdrunk show “Sleep No More.” “It’s a different way to share art, and it’s also a way to understand that all the most extraordinary pieces of music are first a drama. So why not try, in a really humble way, to insert drama everywhere, when we are speaking about music and programs.”

Pichon’s interpretations are certainly not short on drama, though it is the drama of impeccably shaped details. At a “Figaro” rehearsal this week, he combined clarity of gesture with a rare crispness of explanation to encourage exactly what he sought from the orchestra.

“Even though he’s incredibly demanding, you don’t feel constricted,” the Handel and Haydn Society violist Jenny Stirling said. “If you’re curious and you’re the sort of musician who wants to explore a different opinion or a new idea, he really lets you do it.”

Still, Pichon’s imagination really runs wild when it comes to programming his more conceptual concerts and recordings with Pygmalion, the group that he said would remain “the entire priority for the rest of my life,” even as he starts to conduct other ensembles more regularly.

Some of those recordings, like “Libertà!” — his exploration of Mozart’s experimental years before the trio of Da Ponte operas — are a little too metatheatrical, though their ambition is impressive. But “Enfers,” a journey through hell with Degout that Pichon collated from Rameau and Gluck, offers a powerful sense of transcendence at its radiant close. And “Mein Traum,” a new release with Degout that surrounds a stormy, if watery, account of Schubert’s “Unfinished” Symphony with snippets of his stage works and interruptions from Weber and Schumann, more than succeeds in reorienting the ears.

“It’s also one small part of our responsibilities, how to refresh and rediscover masterpieces of the repertoire but from a different angle,” Pichon said of those programs. And the time is right, he said, to be creative, when records are harder to sell, when new technologies offer promise and perils alike, when the search for new audiences is intensifying.

“I don’t believe these few people who are telling us that classical music will disappear,” Pichon said. “Classical music will, for social reasons, exist for the next 100 years. But we could be like a museum, if we are not facing reality.”

“And all these challenges,” he added with a smile, “are so exciting.”

Tags
Music Said That Who With

Jacob’s Pillow Theater, Destroyed in Fire, to Be Rebuilt 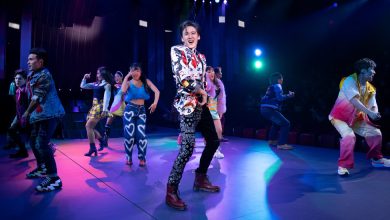 Review: In ‘KPOP,’ Korean Pop and Broadway Meet (Too) Cute 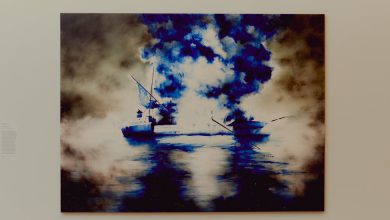 Puerto Ricans Expand the Scope of ‘American Art’ at the Whitney 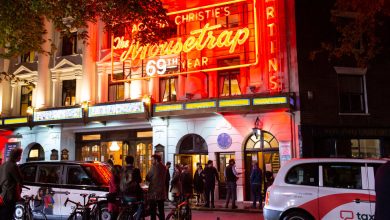 After a 70-Year Run in London, ‘The Mousetrap’ Heads to Broadway 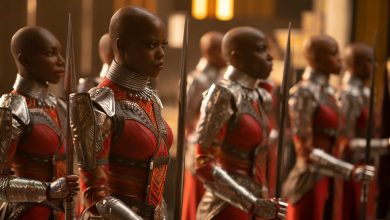 How ‘Black Panther’ Builds Complex Characters From the Politics of Colonization