Only a few minutes after the writer and performer Bilal Baig arrived at an upstairs gallery of the Whitney Museum of American Art, a fan approached.

“Are you in a Canadian TV show?” a man in a pink shirt said. “It’s the best show ever.”

Baig acknowledged the compliment politely, though so quietly as to discourage further conversation. The man’s wistful closing salvo: “I’ll never be as cool as you.”

On that morning at the Whitney, Baig, 28, did look chic, in a knit dress, teal trench coat and high-heeled boots. Most people don’t wear jewel-toned leather without some comfort in visibility. But for Baig, a Toronto native and a queer transfeminine Muslim artist at the mostly sweet center of overlapping identities, being seen has its complications. (Baig typically uses they/them pronouns but accepts others. “Anything except the pronouns I was given,” they said. “Also, gender to me is so much about what other people are throwing on. I’m just rolling with it.”)

In “Sort Of,” the HBO Max half-hour comedy Baig created with the writer and performer Fab Filippo, Baig stars as Sabi Mehboob, a gender nonbinary nanny and bartender. Baig is not Sabi. Sabi trained as an electrician; Baig studied theater. And Baig has been out for years longer, and in generally more accepting places. Yet overlap remains. Both share a watchfulness, as well as a sense of humor so dry it’s practically a weather event.

Baig with Amanda Cordner in “Sort Of,” which returns for its second season on Dec. 1.Credit…HBO Max

When asked about similarities, Baig said, “The thing that I feel most connected to with that character is the level of guardedness, which is probably common in the transfeminine experience. I understand why Sabi doesn’t trust the world and trust people in general. I get that on a deep psychological level.

“There is always a piece of, Is someone going to hurt me?” Baig continued. “Is someone looking at me in a way that maybe isn’t exactly how I want them to look at me? It’s fascinating. I live that every day.”

“Sort Of,” which returns to HBO Max for a second season on Dec. 1, got started in 2018. Baig, a recent theater graduate who had a small role in a Toronto play, began chatting backstage with Filippo, who was also in the cast. Filippo suggested collaborating on a TV show, specifically a TV show inspired by Baig’s life. Baig had never really done TV before and was seriously considering abandoning acting for nonprofit work. But the idea was intriguing.

“It felt challenging and scary,” Baig said. “So I really wanted to do it.”

There were more conversations. Filippo recalled a day early on in which he admitted struggling with ‘they’ as a singular pronoun. “Like, ‘I just can’t get around the plural,’” he recalled saying. “And Bilal very gently said, ‘Or maybe you don’t quite see me yet.’ They held this really strong line with a kind of grace that was really exceptional.”

Together the two creators decided that “Sort Of,” which grew to include the family for which Sabi nannies and also Sabi’s own families, biological and found, would focus on identity and transition in a general sense, not a particular one. A mellow, finely observed comedy, it recognizes that almost all of us are in transition in one way or another, if we will only stop to notice.

Themes and questions that might have seemed pertinent — How does Sabi identify? Will people accept Sabi? Will people find Sabi attractive? — are mostly settled or not especially important. Instead, Baig and Filippo modeled the comedy on that of other shows about 20-somethings juggling jobs, friends and romantic partners.

“If we just don’t change much about that but insert this body, this skin color, this gender into it, that felt fresh and funny to us,” Baig said. “And like, it’s possible.”

Some elements were borrowed, directly or circuitously, from Baig’s life. Many of Sabi’s habits of gesture and expression are Baig all the way — the long pauses, the crushing deadpan, the purposefully blank expression. Sabi’s relationship with their parents doesn’t map onto Baig’s exactly. But Sabi does experience estrangement, particularly from their father. And Baig feels some estrangement, too.

“The ties between us are, I feel, quite unraveled,” Baig said of their parents. “They know about the show. They know about how I move through the world. But it’s not rosy at all.”

And yet Baig moves through the world with more sureness than Sabi, even as performer and character share a belief that the world may not always be welcoming. Ellora Patnaik, the actress who plays Sabi’s mother, has known Baig for years.

“Bilal is in a place of much more confidence, and awareness, and really looking forward to the future with more certainty than uncertainty,” Patnaik said in a recent interview. “Not that everything is rock solid, especially in their community. But they can look at things and really, really feel like they have a bit more control over their life. Sabi, they’re still searching.”

The creators didn’t want that search to feel singular. Baig and Filippo were determined to show a variety of genders, ages and sexual and racial identities, suggesting a rich spectrum of human experience rather than fixed points. And mindful of shows in which queer and transgender characters meet tragic ends, they wanted to provide a counternarrative.

“That was actually easy,” Baig said. “All we had to do was not show Sabi getting killed. Literally, that was it.”

Yet, “Sort Of” advances no particular agenda, and if the show is provocative, that provocation comes from its lived-in tone, its quietness, its broad acceptance of its characters.

“I get human beings,” Baig said. “I get excited by them. I want to throw them in spaces where they’re talking to each other.”

“The thing that I feel most connected to with that character is the level of guardedness,” Baig said about Sabi, the protagonist of “Sort Of.”Credit…Yael Malka for The New York Times

A company called Sphere Media put up the money for a sizzle reel, which convinced the Canadian Broadcasting Company to order the series. Just before filming began, HBO Max joined, too, which Baig described as terrifying: “It’s the pressure of, OK, we’ll be reaching so many more people.”

“Sort Of” was spared the pressure of being the first show to orbit a nonbinary main character. That honor likely goes to Mae Martin’s Netflix comedy “Feel Good.” But that first shoot, which began at the height of the pandemic, still felt fraught.

“Everybody thought they were going to die,” Filippo said. “Going to work was pretty scary.”

Everyone made it through, and the show, which debuted in November 2021, quickly became a critic’s darling. (“It is the kind of representation everyone deserves,” a critic from Mashable wrote, “and ‘Sort Of’ makes it look easy.”) It received a Peabody and won the best comedy prize at the Canadian Screen Awards. Baig declined to submit in either the actor or actress categories, which helped nudge the awards toward removing gender from its acting categories altogether.

This approval has brought Baig a level of fame that is just on the edge of comfortable. At the Whitney, I had planned to ask whether Baig was famous-famous or still only Canada-famous, which was when the man in the pink shirt approached. Turns out the man was from Toronto, so that was one answer.

If fame has never been the goal, Baig appreciates the opportunities it provides to tell more stories, stories that aren’t necessarily Baig’s own. “There’s more I want to create and say,” they said.

In the meantime, Baig would welcome at least a third season to round off Sabi’s story. This next season focuses on love, in all of its forms. An additional season might see Sabi settling even deeper into their identity.

“These walls that are up for them are just very slowly coming down,” Baig said.

Baig has walls, too, of course, and they’ll come down or they won’t. But this sense of apartness, of reserve, has made Baig a keen observer of human behavior, a quality that twines with an innate empathy to produce the distinctive tone of “Sort Of” — caustic, melancholy, ultimately generous.

An hour into the visit, we had taken the stairs down to an exhibit of Edward Hopper paintings. Baig paused at a painting of a woman sitting up in bed, lit by a low morning sun.

“This feels like something I would do,” Baig said. “I’m good with it. I think sad people are fascinating.”

Tags
Show That Was Which With

Mo Brings Plenty Was About to Quit Acting. Then Came ‘Yellowstone.’ 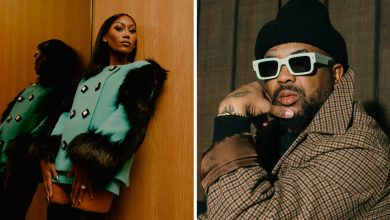 Songwriter or Star? The-Dream, Muni Long and Two Paths to the Grammys. 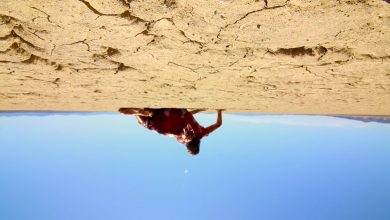 Two Experimental Horror Directors Discuss the Thoughts Behind the Frights 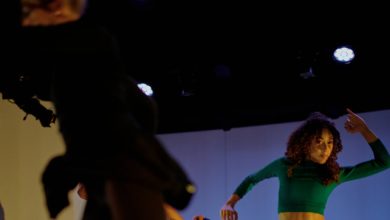 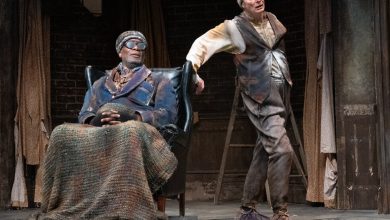 ‘Endgame’ Review: A Laugh at the Apocalypse?