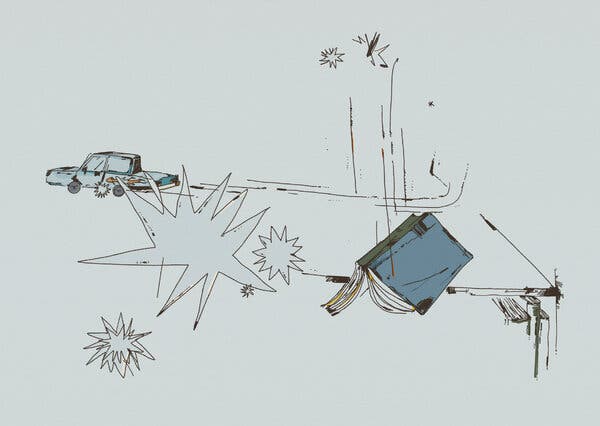 This year’s best thrillers include delightfully clever puzzles, deeply unsettling mysteries and several books that are all the more satisfying because they defy easy characterization.

Let’s begin with Janice Hallett’s sparkly THE APPEAL. A murder has been committed and a suspect convicted— that much, at least, is clear. But who was the victim, who was the killer and what was the motive? “It is best you know nothing before you read the enclosed,” a lawyer writes to two colleagues, stand-ins for the reader at the opening of this novel, a fresh take on the epistolary form. “See what you think.”

The evidence unfolds. Emails, social-media posts, text messages, local news stories — we’re just as clueless as the lawyers. Occasionally, we have a sense of what they’re thinking from the scribbled Post-it notes they add to the material.

J.M. Lee’s BROKEN SUMMER, which has been translated from the Korean by An Seon Je, is quiet but devastating. Its multiple mysteries begin when a renowned artist, Lee Hanjo, wakes up one day to find that his beloved wife has inexplicably walked out on him. Left behind is the partial manuscript of her new novel, an aggressively unflattering story ominously titled “Your Lies About Me,” which seems to feature a thinly veiled version of Hanjo himself.

Hanjo is transported back to his childhood and the lingering question marks around the long-ago death of the girl who was the model for his earliest drawings. Though a suspect was convicted of her murder, it becomes increasingly clear that the story everyone told back then was not the truth.

This book is more about self-deception, self-absorption and the unspoken truths that can both prop up and destroy a marriage than it is a conventional murder mystery. You might not like Hanjo, but you will surely sympathize with the predicament he finds himself inHarriet Kealty, a disgraced ex-cop trying to get over a failed love affair in an English town, is browsing at a local shop when she finds a secondhand book with an alarming message scribbled inside. “Help,” it says. “He’s trying to kill me.”

That is surely intriguing enough, but it’s just one ingredient in Adam Hamdy’s roiling bouillabaisse of a novel, THE OTHER SIDE OF NIGHT. It’s a murder mystery, a kind-of love story, an account of romantic obsession and possibly a work of science fiction. It leaves you thrilled and frustrated, wanting to reread the ending so you can work out exactly what happened.

The note leads Harriet to the home of the woman who last borrowed the book — and who, alarmingly, turns out to be dead. (The cause was supposedly cancer, unless “he,” whoever he is, did kill her.) The woman’s young son is now under the legal care of Ben Elmys, a brilliant scientist who was a close family friend. He also happens to be the very man who dumped Harriet and broke her heart.

Among the many mysteries in this odd and unusual book: Why is it being narrated by a man who is also supposedly dead, and what does he mean when he writes in the preface that “this is my son’s story”? Even if you’re one of those readers who think you can see the ending coming a mile away, I promise you that this time, you’re wrong.

Sascha Rothchild’s great achievement in BLOOD SUGAR is to persuade us to root for someone who freely admits to being a coldblooded killer. Her main character, a Miami Beach therapist named Ruby Simon, already has three murders under her belt when she finds herself in the last place she planned to be: a police interrogation room. She is suspected of killing her husband, a diabetic who died from insulin shock.

Ironically, this is one death for which Ruby is not responsible. As she uses her superior psychological acuity to spar with the lead detective, she muses on the strange and colorful sequence of events that got her to where she is now. Suffice to say that Ruby had strong motives for all the murders.

This is the first novel by Rothchild, a screenwriter and producer whose past projects include “GLOW.” She nimbly introduces multiple cliffhangers and takes her time resolving them. Come for the mystery; stay for the sheer energy of Ruby’s electric presence.

Dervla McTiernan’s THE MURDER RULE features one of the year’s best unreliable narrators: Hannah Rokeby, a budding lawyer who joins the Innocence Project legal team and inveigles her way onto the case of a man doing time for rape and murder. Though we don’t at first fully understand Hannah’s motivations, it’s clear she doesn’t believe in the man’s innocence.

Hannah’s account of her work on behalf of (and sometimes at odds with) the team is interspersed with a second narrative: excerpts from the old diary of her mother, a needy, manipulative alcoholic who has never recovered from the trauma she suffered as a young woman. As Hannah unpacks the multiple mysteries, she is forced to reckon with her mother’s past, as well as her own. There’s a gonzo courtroom scene that shatters everyone’s assumptions. Who’s really fooling whom? That’s the big question.

To accurately describe Adrian McKinty’s THE ISLAND is to make it sound cartoonishly violent, a “Mad Max” kind of story replete with dusty landscapes, sadistic killers and an arsenal of rusty weapons.

But what a great surprise the book turns out to be. Who knew how much fun it would be to be plunged into an all-out struggle for survival that pits a family of clueless American tourists against a clan of feral Australians? The trouble begins when the Baxters — Tom, a widowed 44-year-old orthopedist; his new wife, Heather, a 24-year-old massage therapist; and his two surly, resentful children — travel to Australia and bribe some locals to take them on an excursion to tiny Dutch Island, a short ferry ride from the mainland.

There, they meet the O’Neills, who have apparently wandered into the novel from the movie “Deliverance” and who are soon to be roused into murderous rage. (The Americans should have followed the advice of the emaciated man who appeared to be guarding some sort of deserted prison barracks on the island. “You all need to go. Now!” he says.)

Will the Baxters make it off the island alive? That depends in part on how accurately Heather, who is transformed from a whiny young bride into a Charlize Theron-style badass, can remember the lessons her father, an Army sniper, taught her all those years ago.

Tags
She That Was Who With

The Best Historical Fiction of 2022

The 19th-Century Cult That Gave Rise to an Incel Assassin