Cornelius Kingsland Garrison’s mausoleum, with a geometric crown wrapping around its ridged dome roof, is one of the most elaborate structures in Brooklyn’s Green-Wood Cemetery. Last summer Francis Rosario, who was then a 20-year-old masonry intern, had the task of restoring the roof’s stained and crumbling stone to its 19th-century glory. To succeed, he had to get the color and the interlocking pattern just right so the new roof would blend seamlessly into the original — a test of his persistence and precision. “I was so proud of it because after tinting and texturing, it was identical,” he said. “We had lost track of the patch.”

A training program at the cemetery was Mr. Rosario’s first experience with historic preservation. He learned the many meticulous steps — measuring, patching, color matching. It was also physically demanding. For Mr. Rosario, all of that made the work more enjoyable.

But conservation wasn’t the first career he imagined for himself. Initially, his dream was to study engineering and make use of his math skills. Mr. Rosario started high school as an honors student enrolled in advanced placement classes, but troubles at home derailed his studies. Engineering promised stability. 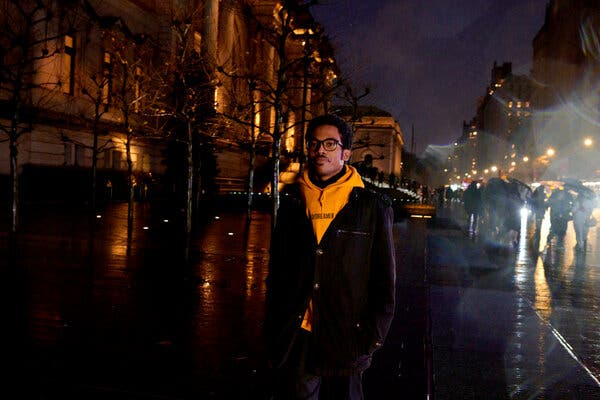 Mr. Rosario after work at The Metropolitan Museum of Art.Credit…Gabby Jones for The New York Times

About halfway into high school, Mr. Rosario was sent to live with his father. When that didn’t work out, he was placed in transitional housing. He spent about a year there before being put in the care of a foster family, where he found a calm and supportive environment. “They understood that I wasn’t in my situation because I put myself there,” he said. “It was just sort of, bad things happened, and life moved on.”

The whole experience took a toll. He often had trouble sleeping and was stressed and worried about the impermanence of his situation and where he would live after foster care. As a result, he missed classes and failed several courses.

While he felt fortunate to graduate high school and get into an engineering program, college wasn’t the experience he hoped it would be. Expenses became unaffordable, so he dropped out and devised a new plan. Mr. Rosario began considering other ways to combine the mathematical elements of engineering with his first love: art.

Waking Up From the American Dream

Arizona Is in a Race to the Bottom of Its Water Wells, With Saudi Arabia’s Help