There was nothing simple about turning “She Said,” the book about the abuses committed by producer Harvey Weinstein, into a film.

Shot in 2021, just four years after the bombshell article by The New York Times journalists Jodi Kantor and Megan Twohey sent shock waves through Hollywood, the filmmakers set out to tell the back story of their investigation in a way that would also honor and respect their subjects, many of whom would be required, yet again, to relive the trauma that initially brought them into the spotlight.

Despite the filmmakers’ best intentions, those women inevitably found themselves experiencing waves of extreme emotions during the process. To minimize their distress, the filmmakers established some initial ground rules: no naked women, no depiction of assault, very little Weinstein. “We didn’t even have to debate it,” said the director Maria Schrader (“Unorthodox”). “I do not need to add another rape scene to the world.”

Moreover, the filmmakers turned the preproduction process into an open collaboration, inviting many of the people integral to the reporting, including Weinstein survivors, to help shape their portrayals.

The producer Dede Gardner spent months talking to Zelda Perkins, a former Weinstein assistant based in Britain. Schrader met with Ashley Judd in Berlin and persuaded the actress to play herself in the film. And the screenwriter Rebecca Lenkiewicz went to Swansea, Wales, to meet Laura Madden. (They also cast Sarah Ann Masse and Katherine Kendall, both survivors, in small parts. The voice of Gwyneth Paltrow is featured in the film on a phone call with Kantor, but you never see the famous actress — a choice the screenwriter made.)

“This whole thing is about reclamation of agency and voice,” Gardner said. “If you’re ever going to try to open things up, it felt like you certainly had to do it on this one.”

To some of the survivors though, seeing their darkest days depicted onscreen was painful.

“It’s kind of like watching your own car crash,” said Madden, who is portrayed both as a young woman victimized by Weinstein and later as a mother of four (played by Jennifer Ehle). “In a film, it’s very defining because in a book, people are left to their own imaginations. It’s probably testament to how good Jennifer is, but it upsets me.”

Jennifer Ehle as Laura Madden, who said that the first time she watched the film, “I was soundly upset by it.”Credit…Universal Pictures

Judd, for one, didn’t take much convincing to play herself. She serves a pivotal role in the film: She’s the only actress who chooses to go on the record in that initial article, and she does so just hours before the story is set to print.

Judd declined an interview for this article but said in a statement: “I have been describing Harvey Weinstein sexually harassing me since I came downstairs into the lobby of that hotel, because my dad was waiting there for me and said he could tell something devastating had just happened to me.” This was in 1996, when “there was no accountability for what I described. Playing myself in ‘She Said’ is a natural evolution.”

Structurally, in the script, her meta performance is the climax of the movie, the director said. “Everyone understands from this moment on, there’s no way back, no one will keep them from publishing the story,” she explained, and said of Judd’s involvement, “I think it was, for her, undeniable to do it and a good thing to do.”

The filmmakers only show Weinstein (played by Mike Houston) from the back but did include the entirety of the recording obtained during a 2015 New York police sting operation in which the executive can be heard harassing the Italian model Ambra Battilana Gutierrez.

“I think it’s obviously an unusual and untraditional thing to drop a two-and-a-half minute thing into the middle of a film,” Gardner said, “but I felt like the only way to honor her properly and the profound bravery that she showed was to keep that whole.”

Perkins, who started working for Weinstein in London in 1995, had fended off his advances for years. But when her assistant Rowena Chiu recounted her tale of his sexual harassment at the Venice Film Festival, she could no longer keep quiet. The two banded together and resigned. On the advice of legal counsel, they agreed to a financial settlement that came with extreme restrictions, including confidentiality clauses and a stipulation that the agreements would be kept by a third party with the women having, in effect, visitation rights to the documents. .

Perkins’s story takes up nine minutes of screen time, an eternity in modern moviemaking. Set up as a simple meeting in a London restaurant, Perkins relays her story to Kantor (Zoe Kazan).

A scene between Zelda Perkins (Samantha Morton) and Jodi Kantor (Zoe Kazan) was the result of months of intense back and forth.Credit…Universal Pictures, via Associated Press

That scene only came together after months of intense back and forth. Gardner sent Perkins and others a 24-hour link to the script. Perkins, who had spent five years working in feature development and was not naïve about the challenges of turning real-life stories into compelling narratives, read it through twice and sent a note to Gardner expressing her dissatisfaction.

“I was pretty upset,” she said in an interview this month. “Not because anybody had done anything wrong. It’s because the script had gone through a process of development.”

Perkins’s primary complaint was that they were using her character to address other issues they wanted to explore. But through her campaign CantBuyMySilence.com, Perkins has been working to pass legislation banning the use of nondisclosure agreements to protect people in power, and she wanted the scene to center on what mattered to her: a system that allows these abuses to continue.

“I stood up in 1998. I stood up in 2017. I’m still standing up now,” she said. “My life currently is defined by the campaign, which is trying to tear up this horrific legal tool of NDA. That is what enables the powerful. Harvey is just a man, a weak man. And he is a man who was allowed to behave like that by society because we are sycophants to fame and power.”

Through her conversations with Morton and another round of discussions with the filmmakers, the scene eventually reached a place that Perkins could accept. She said she was grateful that Gardner was willing to spend an “emotional” hour on Zoom hashing out the discrepancies.

“She was very receptive and respectful and kind and listened,” said Perkins, who has set up benefit screenings of the film, sponsored by Universal Pictures, for her campaign in London and Toronto.

Madden’s story was equally fraught, though she had no notes on the script, which depicts her deciding to go on the record just as she is dealing with a breast cancer diagnosis. “It was pretty much my words,” Madden said of the script. Then the filmmakers sent her a 24-hour link to watch the movie earlier this year, when Madden was dropping one of her daughters off at university. Already emotional, the two sat in their hotel room and watched.

“I was soundly upset by it, is all I can say,” Madden said in an interview. “I physically recoiled. I just felt I was facing this person that I had become that I did not want to be. And it was really upsetting and shocking. I was upset that my life had gone in the direction it went,” she said, choking back tears. “It was quite awful.”

Since that early viewing, Madden has come around to the film. She has seen it three times, and it’s helped that her daughters are proud of the film and proud of her for standing up. They were instrumental in her decision to go on the record in 2017 and in helping her reframe how this experience had affected her life.

“Before the article was published, I told my eldest daughters that this was about to go out, and I had been on background, but the journalists wanted me to put my name to it. I was nervous. I expected them to push me away and say, ‘Look how disgusting’ because I’ve never spoken to them about it. Instead they were like ‘Oh, my God, you’ve got to do it, Mom, you’ve got to do it.’

“And it’s so funny because it’s so clear to them. It’s wrong. You stand up and you be counted, and you don’t allow yourself to be bullied. And it has really brought me much closer to them.”

Tags
Said She That Was Who

Michael Butler, Who Brought ‘Hair’ to Broadway, Dies at 95 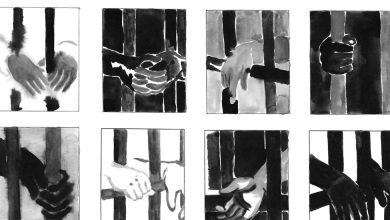 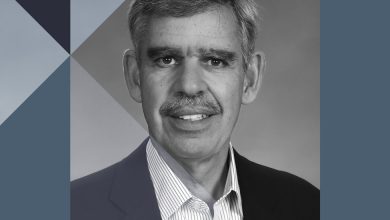 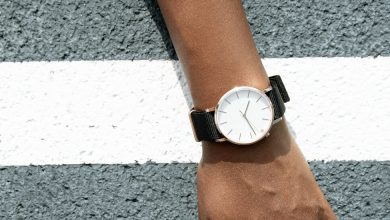 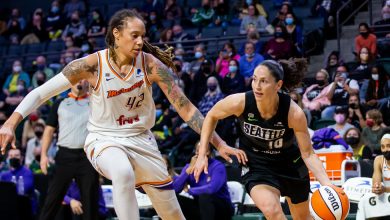