In today’s app-for-everything city, where New Yorkers, earbuds in, can overlook a romantic moment happening right in front of them, some people have developed a nostalgia for Missed Connections.

The once-popular Craigslist service helped New Yorkers share the special moments in which they interacted with strangers, in hopes that the stranger would see the post and reach out. That board is no longer the wholesome juggernaut it once was, largely because Craigslist shut down its personals listings in 2018 for fear that they could be used for sex trafficking, and many of the more risqué posts that were once shared in that section ended up in Missed Connections.

That said, many young people are feeling a bit bittersweet for those meet-cutes of the past. Enter the Instagram account Overheard New York and the website MissedYouNYC, which have stepped in to bridge the gap, using crowdsourcing and social media.

Overheard New York shares the messages and responses to them through Instagram stories, which allows the account’s 1.6 million followers to become sleuths helping to identify the person of interest. “It’s really just using an entire city to collectively solve a happy mystery,” said Emily Bernstein, 31, who works at Overheard. But often, once the mystery is solved, a fairy tale ending fails to follow.

Recently, a man posted on Overheard New York about a woman in the subway who asked him for directions to Yankee Stadium. She was a blonde, he said, her name was Tara and she worked with Pepsi as a client at her marketing firm. They spoke for 10 minutes before the doors of the overcrowded 4 train, stopped for a while at 86th Street, closed on them.

Based on the facts in the post, the Overheard New York community managed to locate Tara Coughlin, 25, of Manhattan’s Upper East Side, within a few hours. She said she had noticed the man standing near her at the station wearing a Yankee T-shirt.

“I thought he was cute, and I decided to just talk to him, it was a very ‘Sex and the City’ moment,” she said. A week later, the Overheard post went up and her phone started “blowing up with all my friends and everyone talking about it,” she said.

The duo set a date for dinner this summer at DomoDomo in SoHo. But that day, Ms. Coughlin received a text from him saying he wouldn’t be able to go on the date after all. Fairy tale, smashed. “I couldn’t really be mad,” she said. “I was just like, ‘Oh, well, best of luck with everything.’”

Caitlyn Kenny, 30, who works in book publishing, had a similar experience. She recently posted on Overheard New York about chatting with a man who had found her lost phone on a bench at the Herald Square subway stop. “He seemed like a cute guy, and he was really sweet,” Ms. Kenny said.

Through their short conversation, she learned that the man also lived in her neighborhood of Astoria, Queens. As his train arrived, Ms. Kenny tried to get up the nerve to ask him out. As someone who goes “back and forth between being very bold and very shy,” she couldn’t bring herself to ask for his number, she said. But she kept thinking about the interaction, which is when she remembered about Overheard New York. So, she posted there.

Armed with a first name and an occupation (he worked in fitness), the Overheard members once again solved the mystery pretty quickly. Unfortunately, they discovered that the man appeared to be in a long-term relationship. “I was like no hard feelings, plenty of fish in the sea,” Ms. Kenny said. “I haven’t found one I like enough yet, but I’ll keep going.”

Ms. Bernstein knows of several couples who have met up successfully through the Overheard New York account, but she doesn’t know if any of them are still together, she said. She saves all the solved mysteries on an Instagram highlight reel.

Alex Lee, the founder of MissedYouNYC, said that he wanted to start a site that was a bit more reminiscent of the Craigslist board, only without some of the more inappropriate posts.

Mr. Lee, 35, weeds out anything too seedy. He does make sure to leave space for posts that are just plain odd, like poems or confessions. “I want to create this weird, maybe interesting, part of the internet, but there’s definitely that hopeless romantic side that I think a lot of people can relate to,” he said.

Right now, both outlets are receiving around 60 submissions per month, a number that pales in comparison to the thousands of original Missed Connections on Craigslist. While Ms. Bernstein said she fully expects that number to grow, she already finds it rewarding to filter through the messages.

“We had one on an airline, and there was somebody that wrote in and they were like, ‘I’m an airline employee and I could get fired for this, but I’m going to go through our travel logs,’” she said.

Ms. Bernstein still cites it as a prime example of how much people want to help. “It’s the true crime generation meeting rom-com nostalgia,” she said.

Even though Ms. Coughlin did not get a rom-com ending, the experience was definitely in line with the “Sex and the City” ideal that inspired her to talk to a stranger in the subway station in the first place. Instead of meeting her mystery man for the dinner date in SoHo, she met a bunch of her friends instead.

“We had a great time,” she said. “We met up before at a wine bar, then two of us used the reservation and went to dinner.”

Tags
She She Said That Was With

Why It Was Easier to Curb Monkeypox Than Covid 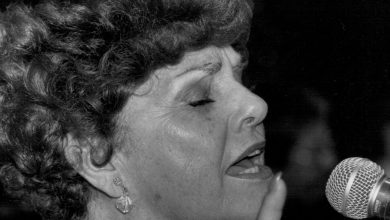 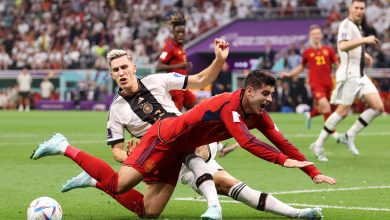 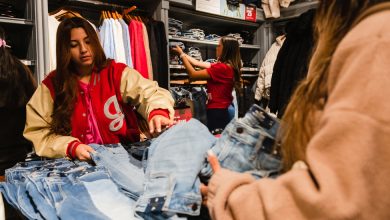 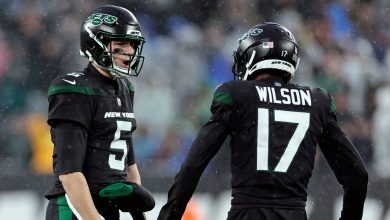