SAN FRANCISCO — Tech industry titans have navigated a lot to get where they are today — the dot-com bust, the 2008 recession, a backlash against tech power, the pandemic. They have overcome boardroom showdowns, investor power struggles and regulatory land mines.

But this summer, some of them encountered their most threatening opponent yet: multifamily townhouses.

Their battle took place in one of Silicon Valley’s most exclusive and wealthiest towns: Atherton, Calif., a 4.9-square-mile enclave just north of Stanford University with a population of 7,500. There, tech chief executives and venture capitalists banded together over the specter that more than one home could exist on a single acre of land in the general vicinity of their estates.

Faced with the possibility of new construction, Rachel Whetstone, Netflix’s chief communications officer and an Atherton resident, wrote to the City Council and mayor that she was “very concerned” about traffic, tree removal, light and noise pollution, and school resources.

Another local, Anthony Noto, chief executive of the financial technology company SoFi, and his wife, Kristin, wrote that robberies and larceny had already become so bad that many families, including his, had employed private security.

Their neighbors Bruce Dunlevie, a founding partner at the investment firm Benchmark, and his wife, Elizabeth, said the developments were in conflict with Atherton’s Heritage Tree Ordinance, which regulates tree removal, and would create “a town that is no longer suburban in nature but urban, which is not why its residents moved there.”

All of them were fighting a plan to help Atherton comply with state requirements for housing. Every eight years, California cities must show state regulators that they have planned for new housing to meet the growth of their community. Atherton is on the hook to add 348 units.

Many California towns, particularly ones with rich people, have fought higher-density housing plans in recent years, a trend that has become known as NIMBYism for “not in my backyard.” But Atherton’s situation stands out because of the extreme wealth of its denizens — the average home sale in 2020 was $7.9 million — and because tech leaders who live there have championed housing causes.

The companies that made Atherton’s residents rich have donated huge sums to nonprofits to offset their impact on the local economy, including driving housing costs up. Some of the letter writers have even sat on the boards of charities aimed at addressing the region’s poverty and housing problems.

Atherton residents have raised objections to the developments even though the town’s housing density is extremely low, housing advocates said.

“Atherton talks about multifamily housing as if it was a Martian invasion or something,” said Jeremy Levine, a policy manager at the Housing Leadership Council of San Mateo County, a nonprofit that expressed support for the multifamily townhouse proposal.

Atherton, which is a part of San Mateo County, has long been known for shying away from development. The town previously sued the state to stop a high-speed rail line from running through it and voted to shutter a train station.

Its zoning rules do not allow for multifamily homes. But in June, the City Council proposed an “overlay” designating areas where nine townhouse developments could be built. The majority of the sites would have five or six units, with the largest having 40 units on five acres.

That was when the outcry began. Some objectors offered creative ways to comply with the state’s requirements without building new housing. One technology executive suggested in his letter that Atherton try counting all the pool houses.

Others spoke directly about their home values. Mr. Andreessen, the venture capitalist, and his wife, Laura Arrillaga-Andreessen, a scion of the real estate developer John Arrillaga, warned in a letter in June that more than one residence on a single acre of land “will MASSIVELY decrease our home values, the quality of life of ourselves and our neighbors and IMMENSELY increase the noise pollution and traffic.” The couple signed the letter with their address and an apparent reference to four properties they own on Atherton’s Tuscaloosa Avenue.

The Atlantic reported earlier on the Andreessens’ letter.

Mr. Andreessen has been a vocal proponent of building all kinds of things, including housing in the Bay Area. In a 2020 essay, he bemoaned the lack of housing built in the United States, calling out San Francisco’s “crazily skyrocketing housing prices.”

“We should have gleaming skyscrapers and spectacular living environments in all our best cities,” he wrote. “Where are they?” 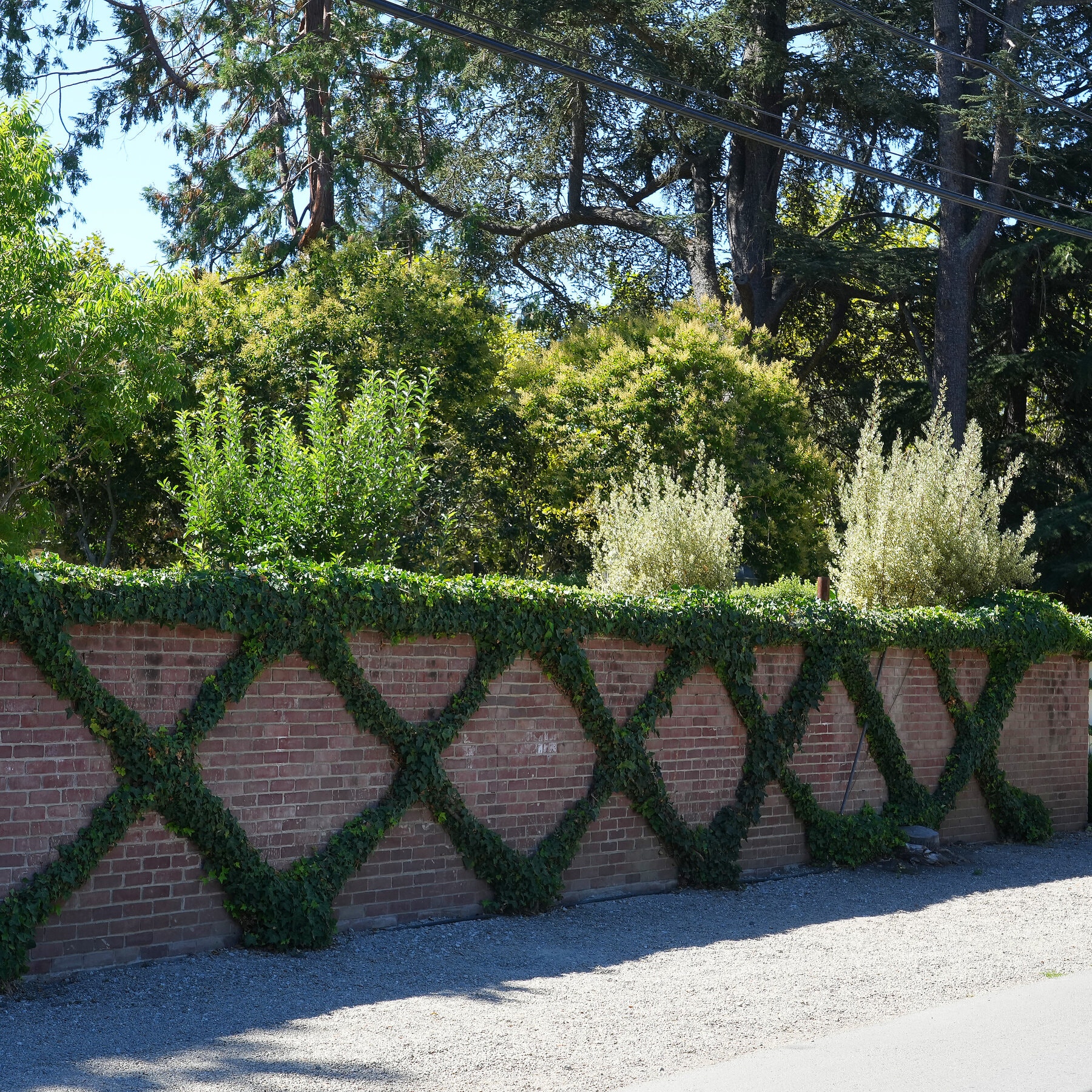 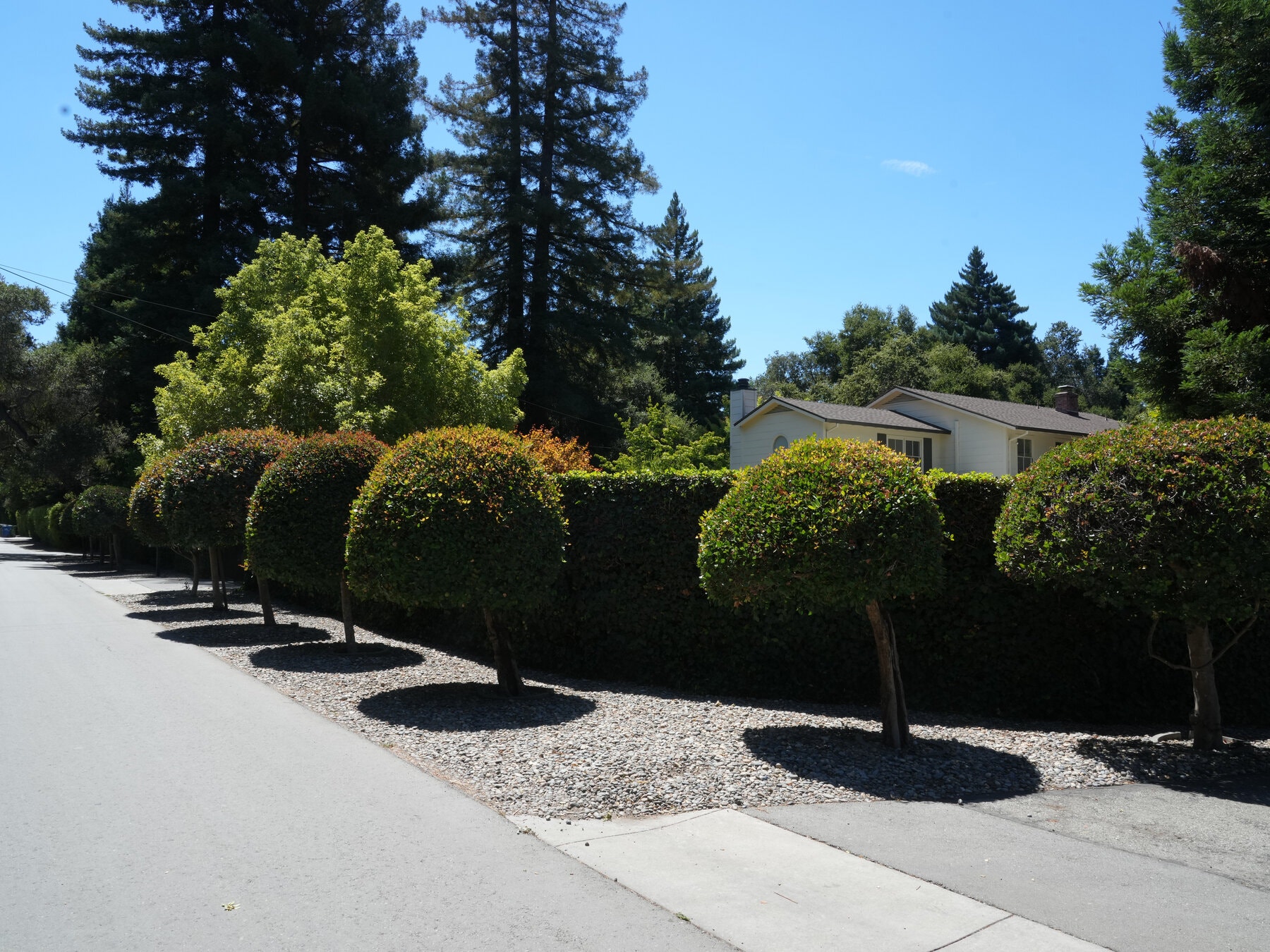 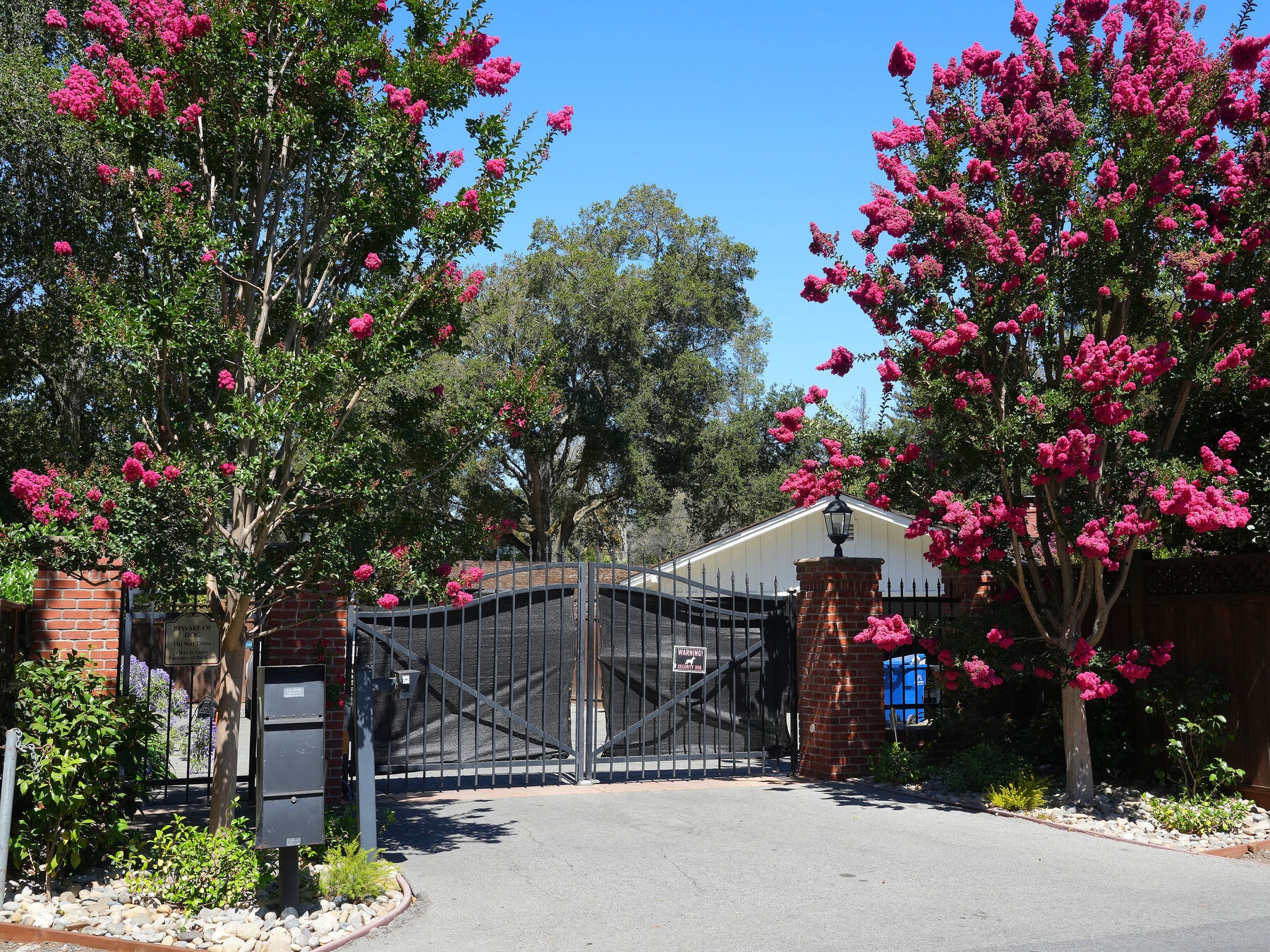 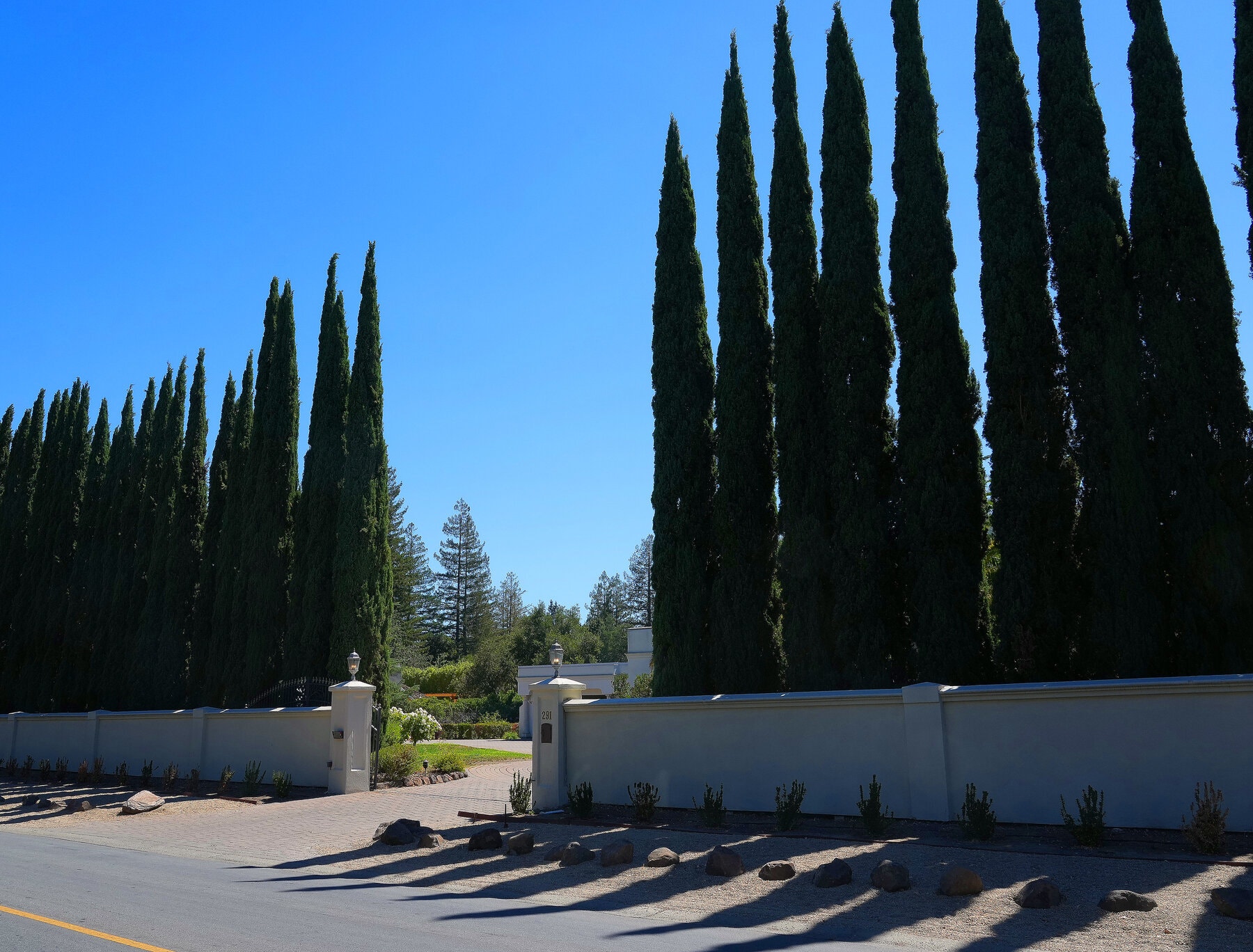 Many of the largest tech companies have donated money toward addressing the Bay Area’s housing crisis in recent years. Meta, the company formerly known as Facebook, where Mr. Andreessen is a member of the board of directors, has committed $1 billion toward the problem. Google pledged $1 billion. Apple topped them both with a $2.5 billion pledge. Netflix made grants to Enterprise Community Partners, a housing nonprofit. Mr. Arora of Palo Alto Networks was on the board of Tipping Point, a nonprofit focused on fighting poverty in the Bay Area.

Mr. Senkut said he was upset because he felt that Atherton’s townhouses proposal had been done in a sneaky way without input from the community. He said the potential for increased traffic had made him concerned about the safety of his children.

“If you’re going to have to do something, ask the neighborhood what they want,” he said.

Mr. Draper, Mr. Johnson and representatives for Mr. Andreessen, Mr. Arora and Mr. Wilson of Electronic Arts declined to comment. The other letter writers did not respond to requests for comment.

The volume of responses led Atherton’s City Council to remove the townhouse portion from its plan in July. On Aug. 2, it instead proposed a program to encourage residents to rent out accessory dwelling units on their properties, to allow people to subdivide properties and to potentially build housing for teachers on school property.

“Atherton is indeed different,” the proposal declared. Despite the town’s “perceived affluent nature,” the plan said, it is a “cash-poor” town with few people who are considered at risk for housing.

Rick DeGolia, Atherton’s mayor, said the issue with the townhouses was that they would not have fit the state’s definition of affordable housing, since land in Atherton costs $8 million an acre. One developer told him that the units could go for at least $4 million each.

“Everybody who buys into Atherton spent a huge amount of money to get in,” he said. “They’re very concerned about their privacy — that’s for sure. But there’s a different focus to get affordable housing, and that’s what I’m focused on.”

Ralph Robinson, an assistant planner at Good City, the consulting firm that Atherton hired to create the housing proposal, said the state had rejected the vast majority of initial proposals in recent times.

“We’re very aware of that,” he said. “We’re aware we’ll get this feedback, and we may have to revisit some things in the fall.”

Mr. Robinson has seen similar situations play out across Northern California. The key difference with Atherton, though, is its wealth, which attracts attention and interest, not all of it positive.

“People are less sympathetic,” he said.

The Poisoned Relationship Between Trump and the Keepers of U.S. Secrets