Produced by ‘The Ezra Klein Show’

“From the U.S. Federal Reserve’s initial misjudgment that inflation would be ‘transitory’ to the current consensus that a probable U.S. recession will be ‘short and shallow,’ there has been a strong tendency to see economic challenges as both temporary and quickly reversible,” writes the economist Mohamed El-Erian. “But rather than one more turn of the economic wheel, the world may be experiencing major structural and secular changes that will outlast the current business cycle.”

There are few people who understand financial markets or central banking as deeply as El-Erian. He is the chief economic adviser at Allianz, the president of Queens’ College, Cambridge, and the author of multiple books, including, most recently, “The Only Game in Town: Central Banks, Instability and Recovering From Another Collapse.” Until 2014, he was the C.E.O. of PIMCO — which under his leadership was the largest bond manager in the world.

[You can listen to this episode of “The Ezra Klein Show” on Apple, Spotify, Amazon Music, Google or wherever you get your podcasts.]

In recent years, markets have been roiled by significant shocks — from a pandemic that snarled supply chains and disrupted labor markets to a Russian invasion of Ukraine that sent global commodities markets into a tailspin. But El-Erian believes we’re also witnessing a deeper structural shift in the very nature of the global economy. Economic policymakers today are trying to bring the economy back to that of 2019, but in his view, there is no going back. We’ve entered a new era that demands a different kind of response.

So I invited El-Erian on the show to help me understand the economic era he thinks we’re entering and how policymakers can respond. We discuss whether the United States is experiencing a permanent decline in labor force participation, why modern supply chains could continue to experience difficulties well beyond the pandemic, how changing U.S.-China relations could unleash inflationary pressures throughout the world, how the Fed’s efforts to stabilize financial markets may have ironically opened the door to the financial collapse, why he believes more than a decade of easy money was a colossal mistake, what lessons developing countries learned from the 2008 financial crisis, the parts of the global financial system most at risk of melting down today, his scathing critique of the Fed’s communication strategy and more.

You can listen to our whole conversation by following “The Ezra Klein Show” on Apple, Spotify, Google or wherever you get your podcasts. View a list of book recommendations from our guests here.

(A full transcript of the episode will be available midday on the Times website.) 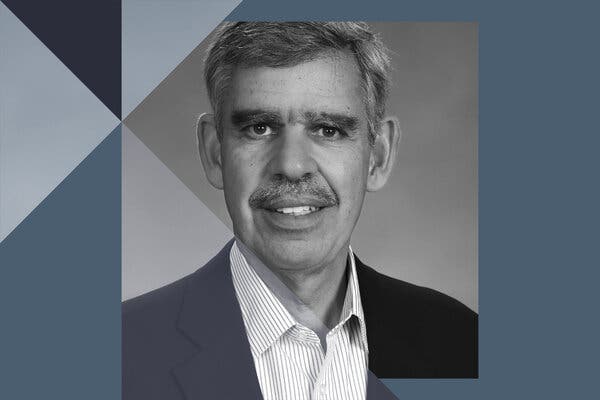 Tags
Financial From Show That