STONEA, England — It is the immovable object that keeps meeting up with a resistible force: a bridge in eastern England that trucks, campers and vans smash into with startling regularity.

Located in Stonea, about 30 miles from Cambridge, the bridge was struck 33 times in one recent 12-month span by drivers misjudging its height. That makes it the most bashed rail bridge in Britain, according to official statistics, and many local residents say those numbers actually understate the frequency of the crashes.

From her perch at the nearby Golden Lion pub, Christina Swinden, the proprietor, is usually the first to hear the impact, and she knows exactly what it means.

“I go out and offer them a cup of tea, tell them they weren’t the first and they won’t be the last and make sure everyone is OK,” she said, adding that she keeps a set of traffic cones and a high-visibility jacket on standby for the inevitable next wreck.

Among the vehicles that have struck the bridge are an army truck that became wedged underneath; a delivery van that crumpled, spilling eggs and potatoes across the roadway; a horse trailer; agricultural machinery; numerous campers; and many cars that drove under the bridge with bicycles strapped to the roof, only to emerge on the other side without them.

Shattered glass, pieces of plastic and other debris line the roadside. A gray and yellow hazard sign along the bridge’s low ceiling — only 6 feet 6 inches from the ground — is battered and torn, and the metal behind it is buckled and twisted.

A sign at the entrance to Stonea Bridge advises passers-by on what to do if they witness an accident.Credit…Andrew Testa for The New York Times

Once declining in number, crashes with rail bridges in Britain are increasing again as traffic returns to prepandemic levels, in particular, the rise in freight traffic on non-freeway roads, experts say.

From April 1, 2021, to March 31, 2022, the most recent period for which there are statistics, there were 1,833 bashing incidents involving rail bridges, according to Network Rail, the authority responsible for the railway infrastructure. That is an increase of almost 200 from the year before. The authority attributes most of them to trucks and buses and estimates the cost to be about 12 million pounds, or about $14.6 million, during that 12-month period.

Benjamin Heydecker, a professor of transport studies at University College London, said that there was a fairly strong correlation between the number of bridge strikes and the volume of traffic carrying heavy goods on non-highway roads, something that has increased since the pandemic started to recede.

A crash at the Stonea Bridge in 2019 closed the bridge for several weeks. No serious injuries were reported. Among the vehicles that have hit the bridge are delivery vans, a horse trailer and campers.Credit…Network Rail

The road near Stonea is adjacent to a man-made waterway, mainly used for drainage, and there have been some serious accidents along it, including some fatalities, unconnected to the bridge.

But there are no known fatalities or serious injuries from bashes into the railway bridge in recent years, according to the local police. The biggest casualty is usually the driver’s pride — not to mention their pocketbook.

With its low clearance, the bridge at Stonea provides an underpass for smaller cars to drive beneath a rail line instead of waiting with bigger vehicles at a manually operated crossing whose gates close when trains approach.

A hazard sign along the edge of the bridge’s low ceiling is battered and torn, and the metal behind it is twisted.Credit…Andrew Testa for The New York Times

Only a few dozen yards before the bridge is a fork in the road where drivers must choose which path to take. In doing so, some miss the sign warning of very low clearance. Others just follow their navigation systems.

It was a problem even before GPS, however, and the Stonea bridge, originally built in 1895, has a long history as one of the most bashed in Britain. When it recently disappeared from the register of bridges involved in the most accidents, it was because the underpass was closed after a serious crash involving agriculture machinery in 2019 that required full-scale repairs.

A new protection beam was installed strengthening the structure against future accidents — a good investment, as things turned out.

“The day it was reopened, somebody hit it,” said John Gowing, an elected representative on the Cambridgeshire County Council.

He said that over the years, the crashes have periodically been a hot topic of debate in the area, but that local folk now accept them as a fact of life. “It happens so often it’s not mentioned anymore,” Mr. Gowing said, adding that the recent repairs had helped the structure, if not road users. “Now it’s protected so the vehicles come off worse than the bridge.”

According to Pam Boss, who lives nearby, as many as three campers a week might strike the bridge in the summer, and in a recent seven-day wintry spell, there were two crashes, including one involving a pickup truck.

“Some drivers need to take their driving lessons again,” said Ms. Boss, who added that she once kept “a nice collection of wing mirrors” that were snapped off and sent flying by careless motorists. Several of those who realized they had made a wrong turn have reversed into the low wall outside her home, damaging it.

But she has sympathy for some, including one man who was reduced to tears after a bicycle worth £2,000 that was strapped to a car roof was reduced to a worthless tangle of metal.

Speaking as a white van slowed to squeeze itself under the bridge, Glen Lea, another resident who lives nearby, said he thought the real number of strikes could be twice as high as the 33 officially recorded because minor crashes go unreported.

Some local officials would like to close the underpass and push all traffic to the rail crossing. But views in the area are divided, as that would force local motorists to spend more time waiting for frequent trains to pass.

At the Golden Lion pub, Ms. Swinden said she would prefer signs to warn drivers earlier that they are approaching a major hazard. Most who are caught out are not driving their usual vehicles, have items on their roofs or are towing trailers.

The crashes have become wearily familiar for her, but she tries not to be judgmental. “If it was the same person every week, you’d probably slap them around the head and call them an idiot,” she said, “but it’s not. It’s somebody who’s having a really bad day. Whether it’s their fault or not — and it is their fault because they’ve hit a low bridge — they don’t need somebody else to drum it home.”

Occasionally, it is impossible not to see the funny side, she added, recalling an incident on Valentine’s Day a few years ago. A florist’s van hit the bridge, Ms. Swinden recalled, and while the cab made it through, the rest of the van did not, separating from the front and spilling all of its cargo. “The smell of fresh cut flowers under there was brilliant,” she said.

A cluster of road signs on the approach to Stonea Bridge. Only a few dozen yards before the bridge is a fork in the road where drivers must choose which path to take.Credit…Andrew Testa for The New York Times

One person who knows the sinking feeling that this infamous bridge can induce is Mark Purser, the deputy mayor of the nearby town of March and a part-time driving instructor. Friends still remind him of an encounter he had there a quarter-century ago.

On an errand for a local charity, Mr. Purser forgot that he was not towing his normal trailer. Instead, he had a much larger wooden Christmas float in the shape of Santa Claus’s sleigh behind him.

“All of a sudden, I realized that the bridge was quite a lot lower than I thought and the float was quite a lot taller than my trailer,” he said. “Going through my brain were suitable expletives. I hit the brakes, by which time it was too late, it was like balsa wood flying absolutely everywhere.”

Mr. Purser was unscathed, even if the float was not. “My ego, my pride was bruised rather than anything else, but the sleigh was completely destroyed,” he said adding that whenever he drives through the underpass now, he ducks his head involuntarily.

“It’s a heavy old railway bridge,” he said. “Anything that argues with it is going to lose.”

Tags
Bridge Said She That Was 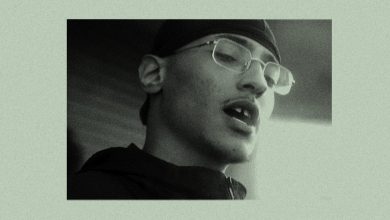 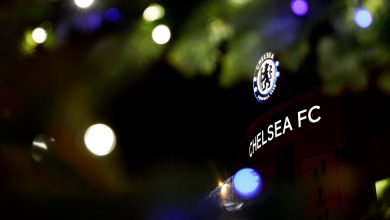 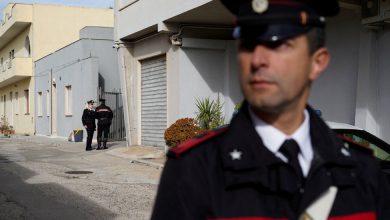 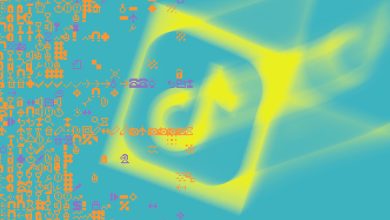