For more than 30 years, roughly the same 14 law schools have been the most highly rated by U.S. News, fluctuating only slightly. The list has been so set in amber that people refer to it as the T14. Graduating from schools on this list can make a material difference in careers, from salary to Supreme Court clerkships.

Now there is a growing movement to no longer cooperate with the U.S. News & World Report rankings. At least three more members of the T14 — Georgetown, Columbia and Berkeley — have joined Yale and Harvard’s move this week to withdraw and no longer submit their data for judgment.

Their concerns were about ethics, equity and mission. The rankings, with their focus on test scores, grades and employment, created a perverse incentive to downgrade public service law careers and to award merit aid rather than need-based aid, they said.

Their boycott is part of a broader movement to increase access to law school. On Friday, a panel of the American Bar Association voted to stop requiring accredited law schools to mandate the Law School Admission Test or Graduate Record Examination, making standardized testing optional for students applying in the fall of 2025. Critics say the tests hinder diversity, and the association’s decision comes as the U.S. Supreme Court is reconsidering affirmative action in higher education.

The dean of Georgetown’s law school, William M. Treanor, said in a statement that Georgetown’s mission was to educate lawyers, legal scholars and citizens “committed to the struggle for justice and protecting the rights of the most vulnerable among us.”

But the U.S. News scoring system, he said in his statement, “reflects a different set of priorities.” Georgetown Law had not reached a final decision on requiring standardized testing, he said later in an interview, but it was “something we are looking at.”

He said that he expects law schools, in the coming years, to start to turn further away from score-based metrics. Becoming test-optional and rankings-averse, he said, “may lead schools to think more holistically, ‘Is this a person who will make a difference to the legal profession?’”

But changing the law school culture, in both admissions and rankings, may be challenging. Some law schools — especially those just below the Top 14 — said that despite their qualms about the rankings and the tests, it could be hard to abandon them.

Russell Korobkin, interim dean of the law school at University of California, Los Angeles, said that if LSAT requirements were dropped — in both admissions and as a measure in U.S. News rankings — he feared that even more weight would be put on undergraduate GPAs.

“The LSAT has its problems, but it at least provides schools with a way to compare students who come from different undergraduate schools who pursue very different courses of study that are subject to different degrees of grade inflation,” Mr. Korobkin said in an email.

U.S. News has said that the rankings will live on. The publication announced on Thursday that it would continue to rank the renegade schools with publicly available data.

And many law school deans and professors — inside the T14 and just outside of it — said that though the rankings are flawed, they matter. They provide a valuable source of information to students and employers — as well as valuable marketing.

They also noted that the T14 is hardly only a creature of U.S. News. The prestige is based on longstanding public perception.

At No. 15, U.C.L.A. is tantalizingly close to the T14. Its dean, Mr. Korobkin, said he was concerned that if U.C.L.A. joined in a boycott, U.S. News would marshal data in a way that hurt the school.

“Before I delved into this, I was definitely thinking we would be on this bandwagon to try to end the strangulation on the law schools that the U.S. News & World Report rankings have,” he said. Now, he said, he is not so sure.

The question, he said, is whether refusing to provide data is likely to create changes “that are more consistent with our values.”

U.C.L.A. competes with its immediate rivals — like the University of Texas at Austin and Georgetown — to break into the Top 14, he said.

To the degree that applicants chose to apply to a law school for its high prestige, they were making a rational economic choice, according to a paper published in August in the Economics of Education Review. Even though the paper found that going to a Top 14 law school did not help with passing the bar exam, because it is graded blindly, it had a substantial “signaling effect” on employment at firms with more than 250 lawyers, which pay some of the highest salaries in the profession.

“The graduates of T14 universities go on to prestigious careers (large law firms and federal clerkships) at rates higher than most other schools and earn higher salaries on average,” according to the study authors, Matthew Naven of Washington and Lee University and Daniel Whalen of Columbia University.

Derek Muller, a professor at the University of Iowa College of Law who has studied federal judicial clerkship placement, said he did not expect the withdrawals to have significant repercussions on the clerkship selection process.

“Judges know what Harvard and Yale are — there’s not going to be a surprise,” he said. “And regardless of whether or not Harvard’s been ranked No. 2 or, this year, No. 4, it’s not really going to materially affect how law firms or how federal judges view the school.”

Columbia and New York University, he said, tend to place large numbers of law school graduates into white-shoe law firms, though so do institutions like the Howard University School of Law.

Some deans of law schools below the T14 said that however much they might agree with the criticism, withdrawing from the rankings could be more painful for them, than for, say, Yale, which has consistently been No. 1, since U.S. News began ranking law schools in 1987. (There was a hiatus until 1990, but it has continued since then.)

Angela Onwuachi-Willig, the dean of Boston University (No. 17), said that despite some qualms about the rankings, her administration was not currently planning to withdraw. She said lower-ranked schools, applicants and employers get some benefit out of the “free marketing” of the rankings.

“Yes, a school like Boston University, which doesn’t have the legacy and the history of a Harvard University, is going to get more of that benefit,” she said.

Ken Randall, the dean at George Mason University’s law school (tied for No. 30), said he agreed that the rankings were flawed and had some negative consequences. Nonetheless, “it gives students guidance,” he said. “Most students don’t go to the top 10, and there are about 200 law schools.”

George Mason’s Antonin Scalia Law School has gone up 11 spots in the last year, he said. This was done by improving metrics that matter to U.S. News, such as admitting students with higher LSAT scores, graduating them with less debt and improving the pass rate on the bar exam, he said.

Russell Osgood, dean of Washington University Law School (No. 16), said he had been through several efforts to get rid of the rankings, as dean of Cornell’s law school and president of Grinnell College.

But lack of information is one reason, he said, that students blindly follow the prestige markers. School websites can be misleading, he said. “If you go read the school websites, I’ll just be honest, some of them are phantasmagorical, a lot are incomplete.”

Even the dean of Berkeley, Erwin Chemerinsky, admits there is some risk in his school’s decision to withdraw.

“We compete very much with the schools that are around us in the rankings,” he said. “There’s a risk in what I did, if as a result of this, U.S. News does a ranking and we fall far in the rankings.”

Tags
Said That This University With

What Makes a Special Counsel ‘Special’?

Maryland Finds That for Hundreds of Clergy Abuse Victims, ‘No Parish Was Safe’ 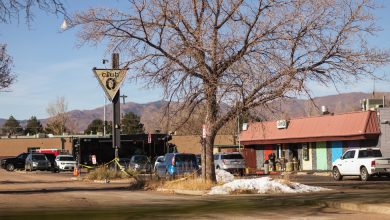 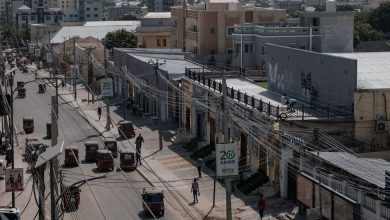