Supartika was cooking lunch at home in a mountainous village famed for its rice, when without warning, she felt the earth beneath her convulse.

Her husband had offered to cook but the 47-year-old housewife had insisted on doing it herself, so he went out to scatter fertilizer on their rice fields instead. In an instant, she found herself in the darkness of her crumpled home, her arms precariously holding up the weight of a collapsed wall to keep it from crushing her head.

“I fainted for a while,” said Ms. Supartika, who like many Indonesians goes by only one name. “When I got my sense back, I found myself still under the debris.”

A day after a devastating earthquake killed at least 162 and injured hundreds of others, rescue workers continued to pull the dead and injured from the rubble in Indonesia’s most populous province as more than 100 aftershocks roiled the region.

The full scope of the destruction from Monday’s shallow,magnitude 5.6 earthquake remained unclear with scores still reported missing. Search efforts have been hampered by power outages and roads to some of the affected areas were blocked by landslides.

Most of the dead were crushed in collapsed buildings, emergency response officials said. Many of the victims were women and children who were indoors at home or at school that crumbled while many men were outside working when the earthquake struck on Monday afternoon, Ridwan Kamil, governor of West Java province, said at a news conference.

A day later many remote villages remained inaccessible, he said, and unstable phone or internet connections left many people without information about the whereabouts or safety of family members and relatives. The sloping, hilly terrain of the district of Cianjur, an agricultural region that was the epicenter of Monday’s earthquake, made it especially vulnerable to landslides, he said.

Rescue workers looking for victims under the ruins of collapsed buildings in Cianjur on Tuesday.Credit…Timur Matahari/Agence France-Presse — Getty Images

After being trapped amid the fallen bricks of her home, Ms. Supartika was eventually rescued by her husband and neighbors. She was only taken to the hospital hours later, around 8 p.m. on Monday, because of the limited number of ambulances.

“I was shocked. It was very sudden,” she said. Her right hand was broken, right shoulder dislocated and leg lacerated by broken glass. “My house is flat to the earth.”

Earthquakes are a daily occurrence in Indonesia, which sits on the “Ring of Fire,” an arc of volcanoes and fault lines along the Pacific Basin. And the landslides that follow can be especially catastrophic in a country where deforestation for farmland and illegal small-scale gold mining operations have contributed to unstable soil conditions.

President Joko Widodo of Indonesia on Tuesday visited Cianjur, the city nearest to the epicenter of the earthquake, pledging aid to victims to rebuild and promising to improve building standards.

“It’s important to have quake-proof buildings,” he said on Tuesday. “We’re focusing first on opening road access in landslide-affected areas. I’ve instructed that evacuation and rescue of buried victims be prioritized.”

More than 7,000 residents were displaced from their homes, according to officials. Many of the injured were being treated in makeshift tents outside overwhelmed hospitals in Cianjur. Some victims were being transferred to nearby regions because of a shortage of medical professionals, Mr. Kamil said.

In addition to more than 2,800 homes, 13 schools and 10 office buildings were damaged in the Cianjur area, according to emergency officials.

Uus, 40, had gone home to fix a leaky roof at home, leaving his family to manage his roadside eatery during the busy lunch rush. When the earthquake struck, it triggered a landslide of a nearby hill, mud and debris engulfing the restaurant and seven other nearby cafes.

Mr. Uus, who also goes by a single name, rushed back to try to save his family. “I screamed out for help,” he said. “I wanted to dig out, but I had no tools.

“The landslide covered all the place. I never thought that hill would have collapsed,” he added, wiping away tears with a brown sarong around his neck, his feet and the hems of his trousers still muddy from the frantic aftermath a day earlier.

His wife, three children and sister were all killed.

“Oh God, oh God, all of them died, oh God!” he cried, as an official at the hospital delivered the news of his lost family members.

His relatives discussed where they would bury them since they are still not allowed to return to their village out of concern for additional earthquakes or landslides. Cugenang, where his restaurant is located, was nearly 90 percent destroyed, according to the governor.

“If I knew that earthquake would come, I would have taken my family home, too and not left them in the restaurant. Oh God, you took them all,” Mr. Uus said.

Tags
Earth Home Out That Was

In a ‘Sea Change,’ Women of the Philharmonic Now Outnumber the Men 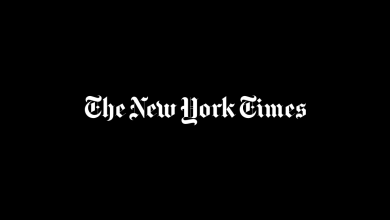 Do You Work in Aviation? We Want to Hear Your Story. 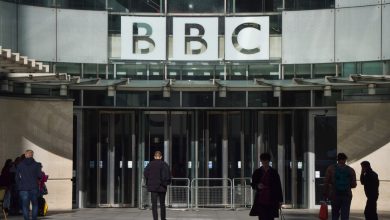 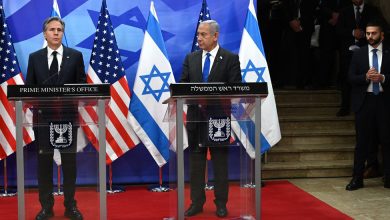